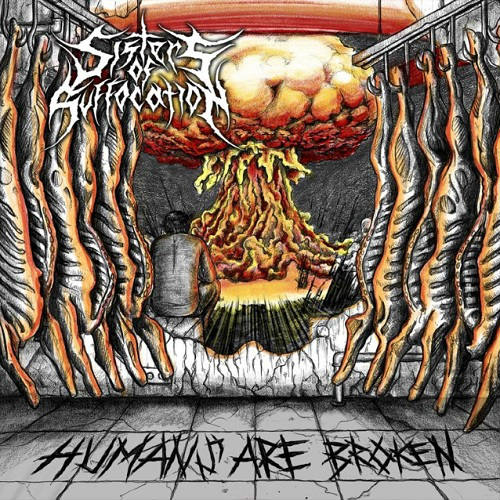 Socially-conscious lyrics are nothing new in death metal, let alone under the wider umbrella of heavy metal. They slice through the issues of the time with a rallying articulation fuelled by the anguished chants of those behind the words – the bands themselves and a legion of fans marching in unison fighting the same fight. With the voice of a thousand-plus fans those words can silence the perpetrators of violence and corruption; at least, such is the optimistic aim and vigour driving those shouts and snarls. Seldom are those pertinent tales told from a female perspective within our tight-knit union of followers of the riff. It’s refreshing then that, in the 21st century, bands like Dutch five-piece Sisters of Suffocation exist, prepared to lead the charge against the oppressive vanguards with their monstrous sophomore record Humans Are Broken.

Spawned back in 2014 as a quartet Sisters of Suffocation dropped their debut, 2017’s Anthology of Curiosities, to the acclaim of many, kicking up a brutal dust storm of anger and aggression leading many to raise their heads above the ignorant sandpits and take notice. In 2019 that same anger and aggression returns tenfold, spewing a ravenous and incendiary collection of songs that cut through the bullshit with technical ferocity and brutal honesty. Just as Elise Prins’ forthright and barbed venom doesn’t shy away from attacking sexism, political injustice, and modern life itself, neither does the relentless tenacity and turbulent energy of the carnage unleashed in the music; all thrills and no frills is the bludgeoning power phenomenally wielded by axe-slingers Simone van Straten and newcomer Emellie Herwegh, flaying more flesh behind their attacks than in their first record. Coupled with Kevin van den Heiligenberg’s monstrous skull-pounding, there is nothing that can withstand the obliteration of their very personal vendetta. 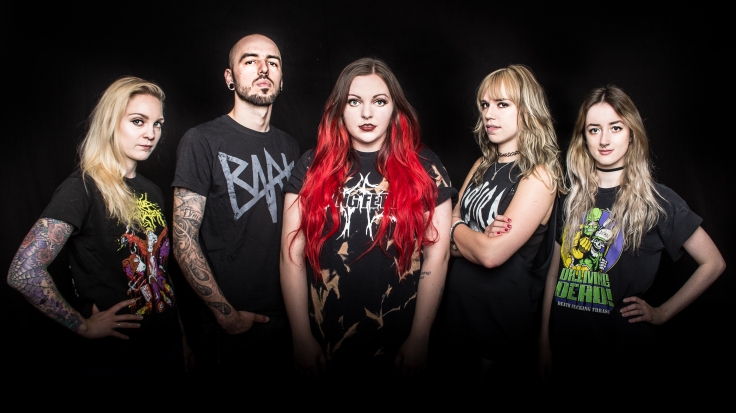 What’s so special about Humans Are Broken is its range, whether that’s Prins’ remarkable vocal showcase – she carries the clout of two-vocalists-in-one at times, and even her clean delivery, especially in the monumental closer ‘Burn’, spits with nothing short of disdain – or the seamless blending of death metal and melodic death metal within each song, there is so much their battle-hardened peers can be enviable about. Punchy and very pissed off, their contempt is best felt in the explosive opening title track, the continuous suckerpunching in the wonderfully titled ‘Little Shits’ and ‘The Machine’ too; however there is so much beyond the heavy bombardment: ‘Wolves’ is an aptly haunting affair for example, and the bewildering master-craft that is ‘Liar’ never ceases to amaze. There’s never been a better time to confront the prevailing ills in Western society, and this record tears the ugliness straight from the bone.

What’s more, there is absolutely no preachiness to be found skulking in the heavily polished mix also – it’s straight up contempt through and through. It’s an overpowering demonstration of cutthroat death metal at its finest, and even if you brush pass the lyrics (which you really shouldn’t for they are spectacularly crafted) there is nothing short of non-stop enjoyability here. With shifts in the social climate occurring faster than you can denounce all that is wrong in the world, bands like Sisters of Suffocation are as important as they are fresh. Dynamic, powerful, and angry beyond measure, theirs is a hunger so many bands nowadays sorely lack, making Humans Are Broken an invigorating and exciting listen.

Out on Napalm Records and via the Sisters of Suffocation bandcamp.