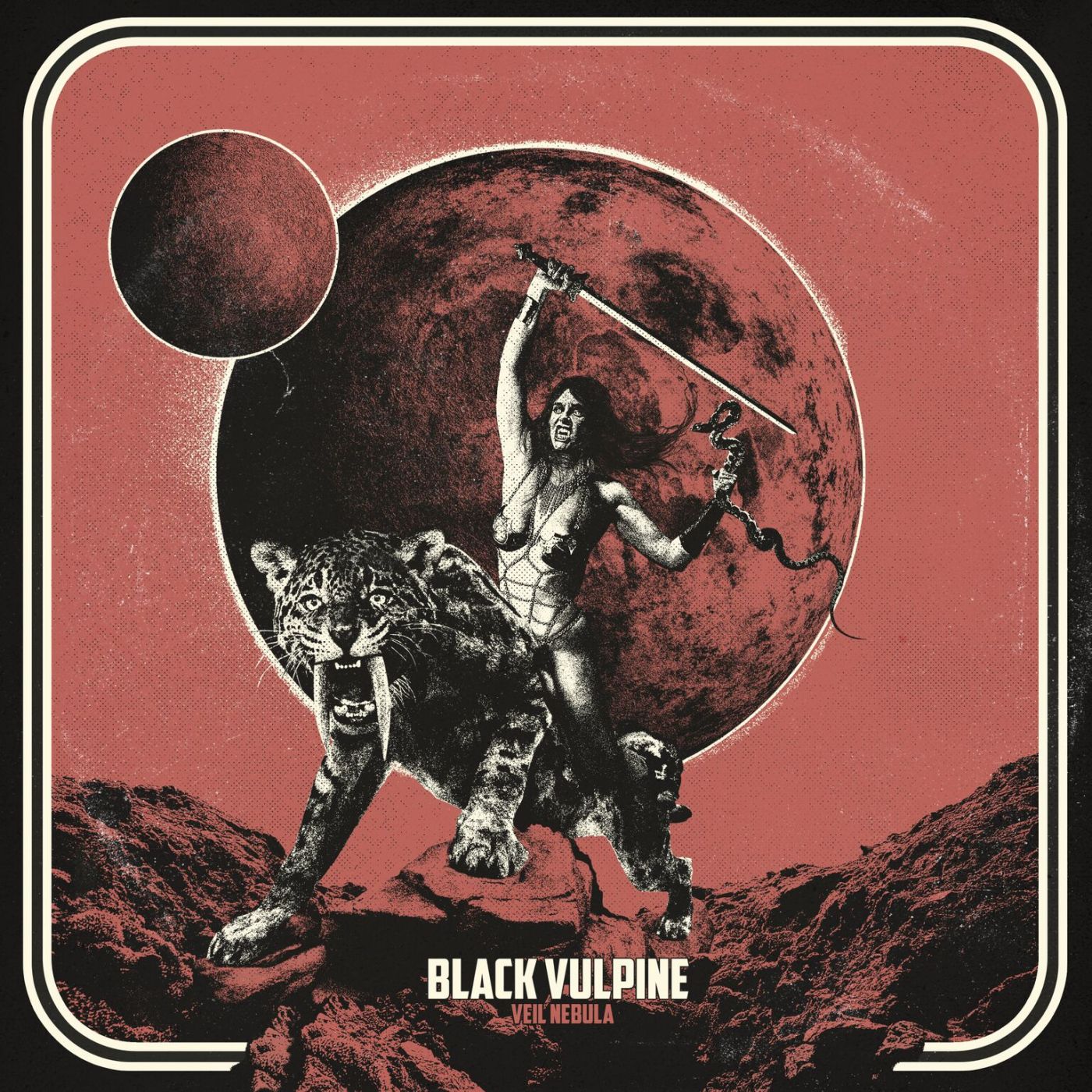 It’s always a treat when music snaps your attention and drags you into its swelling underbelly, as if some misunderstood beast saved you from some unspeakable horror that it itself was originally perceived to be. It brings no harm; instead, its lair is a thing of beauty, cultivated over time, and has been dying to show it off to anyone who did not fear it. The scale of music out there like this is beyond comprehension, where the deeper into the abyss one plunges the more illustrious its sights than whatever appears on the surface. Though there is nothing more enticing than a battle maiden riding a sabertooth cat against the backdrop of two planetary objects (someone please flesh this out into a fantasy novel if it hasn’t already been done), the initial surface of Veil Nebula is perplexing to say the least; but the more it unravels, Germany’s Black Vulpine continually astonish with a darkness so alluring you’d never again wish to see the light.

An embodiment of the more polished craftsmanship of doom and stoner rock, Black Vulpine have existed under this moniker for some five years, but their history goes back way further and it shows: wIth 2015’s Hidden Places the group made a grand first impression far beyond the European scene. Fours years later the forces unifying their energies is stronger than ever, their music a graceful eruption of haunting doom bolstered by a glistening yet rough edge akin to a marriage of Red Fang and Orange Goblin with Holy Grove and Chelsea Wolfe. Guided by Sarah Voß’s  spellbinding vocals Veil Nebula is a captivating journey down a meandering forest blooming with reddish hues, its colours gradually becoming darker and richer the deeper one travels; rollicking on one hand yet shrouded in heavy atmosphere on the other, theirs is an intoxicating blend that deserves to be savoured until the very last drop.

Bookended by more riff-centric songs – ‘Limbus’ and the belting ‘In the Dawn’ on the one end with the furiously catchy ‘Liar’ and stirring closer ‘Uprooted’ on the other – they lull you in with their siren call into the smoky domain deep within. Lurking in a perpetual and otherworldly haze tracks like ‘The Painting’ and ‘Haunted House’ dance on the gothic fringe with thunderous finesse whilst ‘Minotaur’ and ‘A Lucid Dream’ are as bewitching as they come. Throughout this enchanting heart of darkness there is an overwhelming and powerful presence encircling you not to suffocate but to nurture; it wants for you to drink from its mighty chalice in some inescapable romance. Voß and Daria Stirnberg are as adept at conjuring their hallucinatory visions as much as they are at letting the beast loose with their rhythm section (Rüdiger Stirnberg and Stefan Zacharias). Above their musicianship though is their vast scope and immersive vision which has manifested itself in one of the more imaginative albums of the year so far.

Taking all the best elements of genres too oversaturated with sameness and effortlessly concocting a dynamic 63-minute spell requires a collective wisdom these maestros clearly possess in spades. It’s a brooding experience to say the least, and continues to stalk the night long after the lights diminish. The power inhabiting this space may not be quite what is seen on its cover but its potency far surpasses both it’s stylised front cover and the components of the genres they have masterfully blended together. An exericse in phenomenal songwriting and near-cinematic direction, Veil Nebula will be sure to hex you for some time to come.